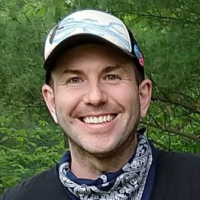 On June 25th, @Thad Peterson publicly humiliated me in front of the entire company, but it's okay, and I dig him for it. Just to get the TO world up to speed here, Thad projected a picture of me (up on a huge screen) doing one of the many things I am terrible at: physical activity. Here is me doing that: 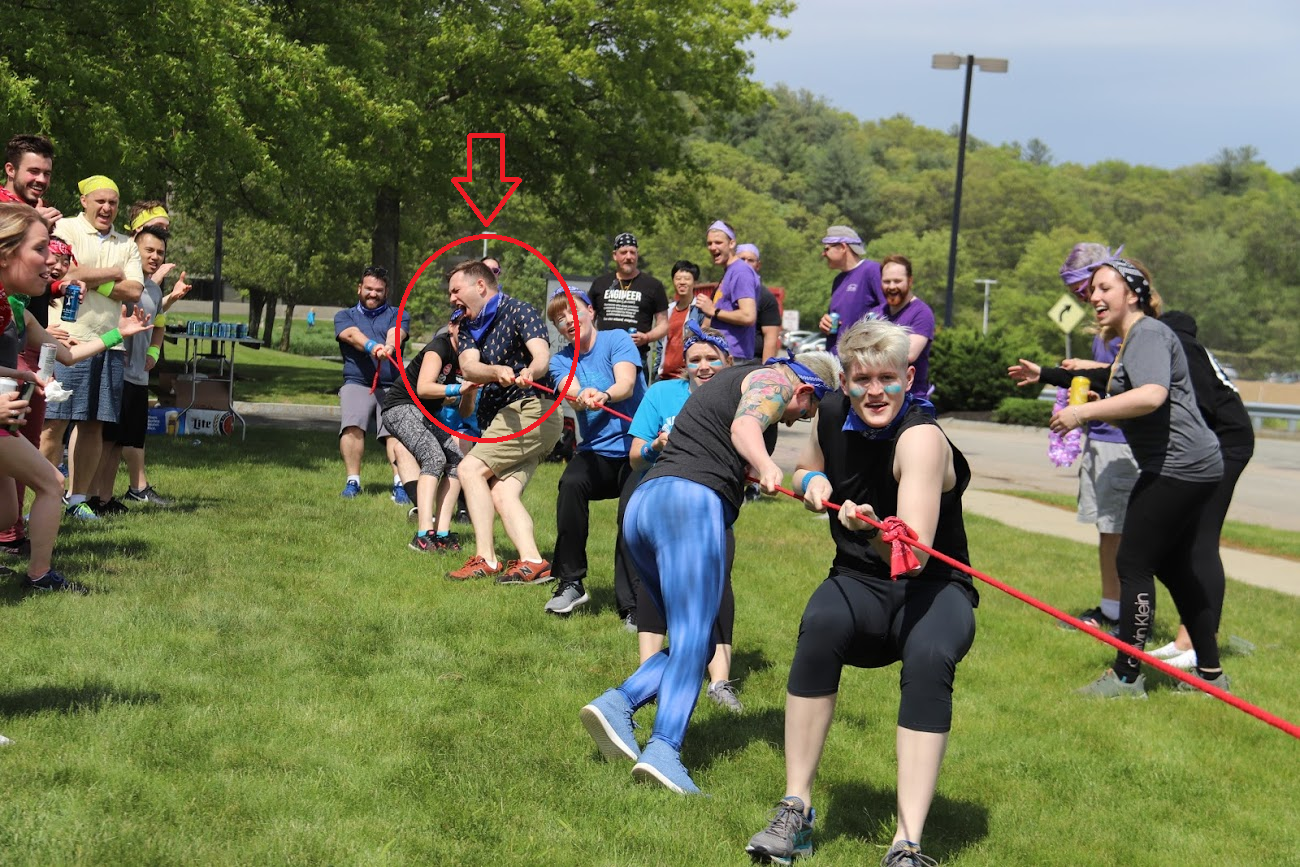 Wow. That's the face of a man who has never been to a gym and is now being asked to pull on a big red rope in front of all his coworkers. Thanks Thad. Thanks for immortalizing this moment. And thank you talentoptimization.org for making the picture an oval for some reason. Really helps draw the attention of the viewer. Readers may notice that everyone else in this picture is having a lovely picnic day, enjoying team-building games. I look like I just learned my dog was hit by a Jeep.

Anyway, I share this as an Inspire topic because Thad wasn't just out to emasculate me--he was intentionally using taunting as an Inspire strategy to build bonds. I know this because he told me so, and that took some of the sting out of it. But I can also think of situations where a coworker publicly taunted me, and instead of creating a feeling of trust, I just ended up daydreaming about what it would look like if a piano fell on his head. A falling piano can really get going. So it got me thinking, what makes some teasing pro-social while other teasing leads to hurt feelings? What did Thad get right?

Well first off, Thad and I already have a trusting working relationship. For my part, I attribute that to my perceptions that he is both reliable and good at his job. From that, I find that I respect him and I can depend on him, and those perceptions have (over time) led me to trust him. I had worked with him for some time before he decided to start taunting me. That existing relationship was key.

The other thing Thad did well was that he told me he was going to do it. He didn't say what he was going to do, but he did ask if it would be okay to make a joke at my expense at an all-staff meeting. Again, this demonstrated mutual respect and Thad's own self-awareness. There was a potential line to cross, and Thad checked before he did. This was critical too. There are other things that are not okay to tease me about (my fear of sock puppets for example), and it's important to remember that even people who are close can't tease each other about everything.

Now none of this means anything without some research, so I found this nice thesis paper by Jessica Bitel demonstrating this empirically with a study of college students. Bitel concluded that "this study provided some evidence that individuals who feel closer to their co-worker viewed teasing more positively, are more willing to engage with their co-worker in their future and [are] more trusting in their coworker."

This has brought awareness in my own interactions with my team. As we build trust and experience with each other, we do tease each other more, and I feel that it helps cement our trust with each other and build engagement. At the same time, we know each other well enough to know what areas are not okay for teasing. A lot of these boundaries are discovered slowly, and the rules are unspoken. Oddly enough, some of the jokes we make about each other would not have been okay when we first met. It's almost as if we have to earn the right to tease each other.

I am interested in what other people think about this. What differentiates good and bad teasing for you? When do you see teasing at work bolster engagement versus undermining it? What about teasing when there is a hierarchy (like a boss and a direct report)? And where would a psychometrician go to build upper body strength (asking for a friend)?

You're probably wondering what happened with me and Thad after that. Well, we still have a great working relationship, and I didn't mind the teasing at all. I thought it was very funny. Plus I got back at him in a friendly way by releasing swarms of carpenter ants into his home. He doesn't know it yet, but they will slowly destroy the structural integrity of his house over the next decade.